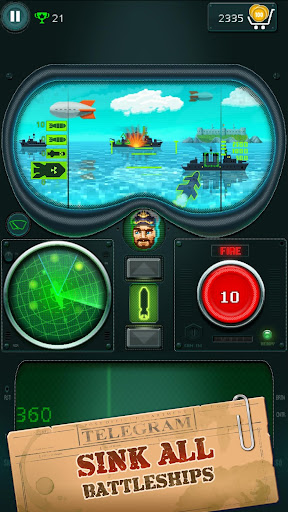 You are captain of a submarine on a secret mission behind enemy lines.