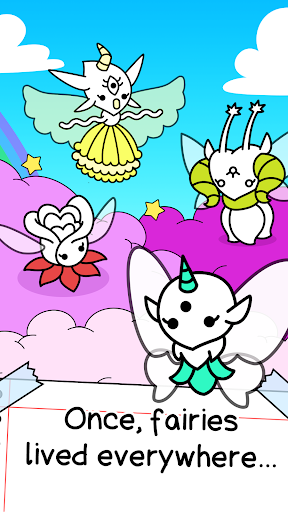 Once, true magic was commonplace in the world. Then the fairies vanished, and all of a sudden we were left only with lame rabbit-coming-out-of-hats tricks.

Now you can change that! Combine the secret, last remaining fairies to create new and much more magical creatures that are guaranteed to make those toy magic wands start spitting sparkling spells again!

Beware around broomsticks, though.

✨Pantheon: a new place for supreme beings to look down on us mortals and laugh at our misery
✨Impostors: watch out for impostors trying to steal the spotlight from the fairies.

✨Different stages and many fairy species to discover
✨A mind-blowing story with fantastical twists!
✨The unexpected mix of creature evolution dynamics and incremental clicker games
✨Doodle-like illustrations
✨Open ended gameplay: enjoy the freedom!
✨No fairies were harmed in the making of this game, only developers